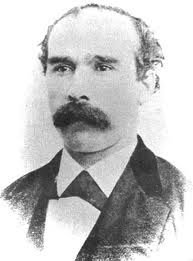 Part 2 of 4: Conducted With the Greatest Decorum

In June 1877 the New York Sun reveled in wild scenes of alleged drinking, “keening” and chanting of curses during the Friday night wake of Ancient Order of Hibernian (AOH) treasurer Alex Campbell, executed as a “Molly Maguire.”

A Philadelphia Times reporter, drawn by rumors of the “expected wild time” to be had at Campbell’s Saturday night wake, attended that service. Campbell would be buried on Sunday. Reporters could hope to be kept well entertained by the mourning of wild Irishmen.

But events disappointed. The Philadelphia article described only “QUIET AND ORDERLY PROCEEDINGS.” “Plenty of Pipes and Whiskey,” its headline read, “but No Demonstrations or Threats of Violence.”

Mourners to Campbell’s funeral on Sunday gathered from all the towns, villages and mining patches surrounding the AOH order in Schuylkill and Carbon counties. Most, if not all, believed strongly in Campbell’s innocence.

The mourners gathered during the time of greatest upheaval the coal regions had ever known. The mineworkers’ union had been smashed for good two years before. Then questionable—some said appalling—“evidence” had convicted numerous AOH men, and most of the region’s AOH officers, of capital crimes.

Irish mineworkers had pledged portions of their starvation wages to secure defense counsel for the AOH men. Some of those mineworkers now went to work with empty dinner kettles.

Campbell’s funeral drew these men and their families in droves. Its procession of mourners, the largest the coal regions had ever seen, wound all the way from Campbell’s tavern at the foot of the mountain to the little church at its top.

This reporter spent several hours at Campbell’s wake hoping for the “expected wild time.” He found no incident worth reporting but “the ordinary watching of the dead by a dozen women in an inner room, and at the most fifty or sixty men who sat in an outer room smoking their pipes and conversing in low tones.”

“The yard and front of the house had a few idlers standing about in groups,” he noted, “but not even the episode of a drunken man or a weeping woman broke the monotony of the wake.”

Some local newspapers, too, stuck to the facts. One gave a description of Campbell’s tombstone. “This stone is over seven feet in height, plain finish, with Gothic cross on the top and representation of the Crucifixion,” the report stated. “The inscription is on the stone, with simply the name ‘Campbell’ in heavy raised letters on the base. The stone complete weighs about a ton.”

Of the New York Sun's reported “keening” from Campbell's Friday night wake, historian Kevin Kenny said in 1995: “Here, also, was a cultural pattern that would need careful monitoring if the ‘wilder’ Irish of west Ulster and Connacht were to be tamed.”

But the Sun’s reports of threats, of keening, of curses—of Kenny’s “archetypal ‘wild Irish’”—were a fiction concocted by a New York reporter to sell newspapers and keep ethnic hostility strongly on the boil. Such stories of supposed "Molly Maguire" activity had circulated for years, inside and outside of the coal region.

They made newspapermen a lot of money. They helped send 21 Irish Catholic men, guilty or innocent, to their deaths on the gallows.

And they have influenced historical accounts for more than a century.